Jesus Christ the High Priest among his Priest-like People 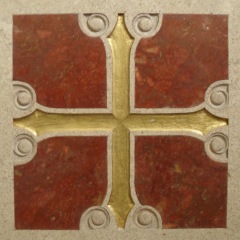 The Sacred Scriptures are shot through with the concept of priesthood and consecrated service of God. The word ‘priest’ may not always be used, but it is clear from the stories and the language of the Old Testament that what we mean by priest was a highly familiar concept to them – to such a degree that they could not conceive of their relationship with God without the priestly ministry. Certainly it was exercised in a way very different from the priesthood of today in the Catholic Church, and no one would seriously expect Old Testament priests like Melchizedek or Aaron to wear dog-collars or cassocks as priests do today, BUT the work of the priest and the thinking behind priesthood which we know today is clearly identifiable throughout the Old Testament.

This raises the question: What is priestly work? The Letter to the Hebrews gives us a beautiful and concise definition:  “For every high priest chosen from among men is appointed to act on behalf of men in relation to God, to offer gifts and sacrifices for sins. He can deal gently with the ignorant and wayward, since he himself is beset with weakness. Because of this he is bound to offer sacrifice for his own sins as well as for those of the people. And one does not take the honour on oneself, but he is called by God, just as Aaron was.” (Hebrews 5:1-4)

This text picks out the 3 essential and necessary things that mark priestly service.

1. SACRIFICE: “For every high priest chosen from among men is appointed … to offer gifts and sacrifices for sins.” The Priest is a human being whom God calls to offer sacrifice to God on behalf of all the people. The purpose of sacrifice is basically two-fold: through sacrifice, man offers adoration (worship) to God because of his glory, and also begs forgiveness and mercy from him instead of judgement and condemnation because of our sins.

2. REPRESENTATION: “(He) is appointed to act on behalf of men in relation to God …He can deal gently with the ignorant and wayward” The Priest is called by God be the representative of the people: he speaks to God on their behalf, and he represents God when he addresses the people, teaching them the commandments of the Lord so that they lead holy and blameless lives. SO, priests are father figures when speaking to Israel, and Israel-figures when speaking to God.

3. RECONCILIATION/MEDIATION: this flows from the last – because he represents the people when facing God, and God when facing the people, his office is one of mediation – he is to broker peace between the two. The priest’s work is two-fold – to reconcile man with man (bind the family together in trust) and reconcile man with God (restore what was lost in the Fall of Adam).

These three works are the essence of priesthood: anyone who carries them out, in part or in full, is to some extent, according to the witness of Sacred Scripture, exercising priestly ministry. This is our yardstick – the priest offers sacrifice to God, is God’s representative to his people and our representative before God, and he is called on to bind the people together in harmonious unity around him and to bind them to God.